Kunmanara Mumu Mike Williams was an Anangu cultural leader from the Anangu Pitjantjatjara Yankunytjatjara (APY) Lands in South Australia. He was a renown artist and Aboriginal land rights activist who recently received an Order of Australia for his contribution to the arts and his community.

Invited to participate in the 22nd Biennale of Sydney, he envisioned a large-scale political protest piece, working with the young men in his community of Mimili to show the world that Tjukurpa was still strong, and that the Pitjantjatjara language was still alive. He passed away before being able to realise this vision, but his legacy was carried forward by his community at Mimili Maku Arts, led by his widow Tuppy Ngintja Goodwin and his lifelong friend Sammy Dodd.

In consultation with the project leaders we used Augmented Reality to translate Mr Williams’ words so audiences can access the deeper meaning behind each of the 36 banners. It was Mr Williams’ wish that his words be spread as far and wide as possible, and that people engage with the Indigenous languages of Australia. When viewing the individual elements of the installation through a smartphone, they translate into English, offering not only engagement with the strong messages held within the works but also a learning experience of connecting recurring Pitjantjatjara with their English translation.

https://www.mimilimaku.com/
To try the Augmented Reality, download Artivive here and shine on the images below. 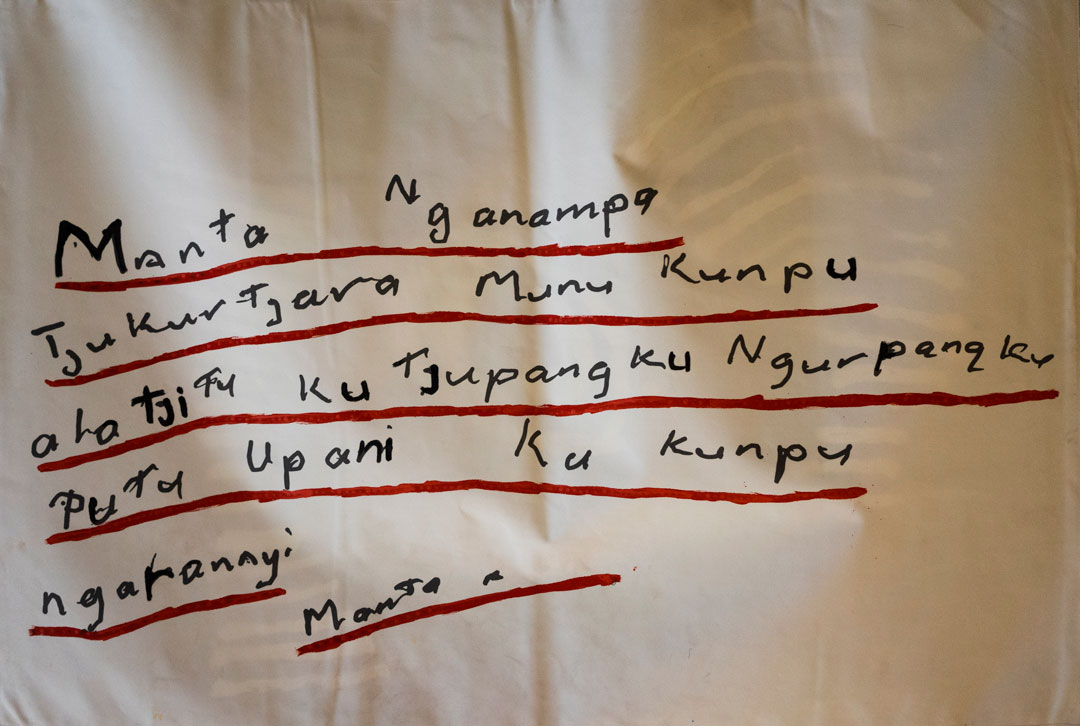 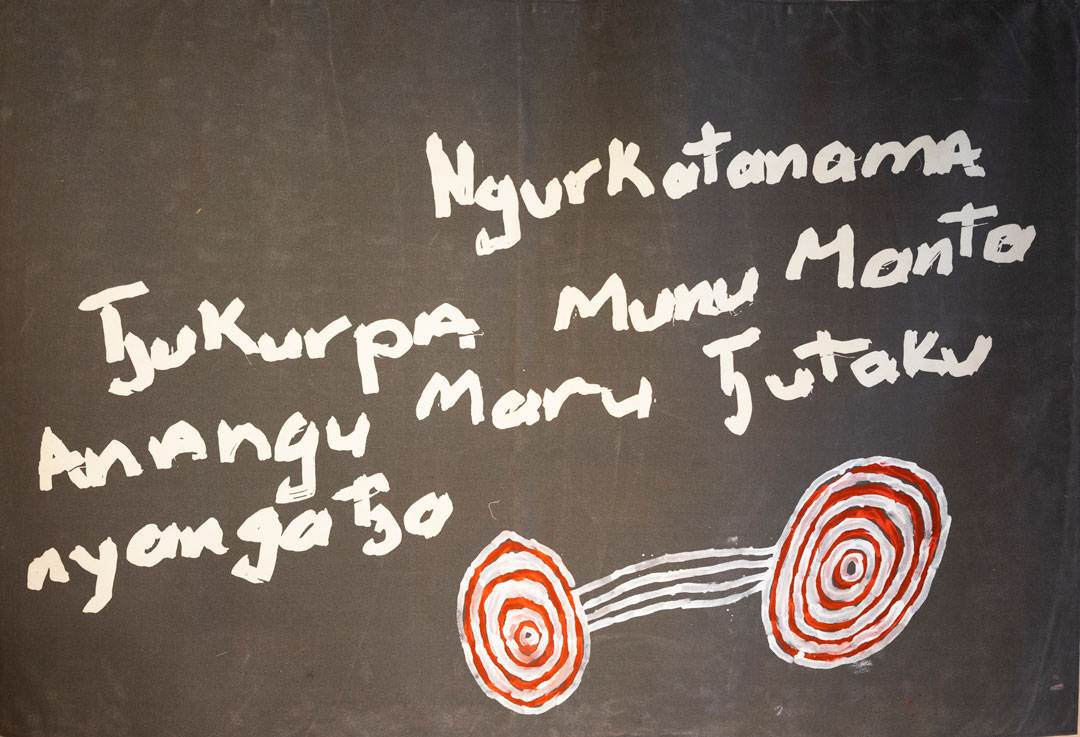 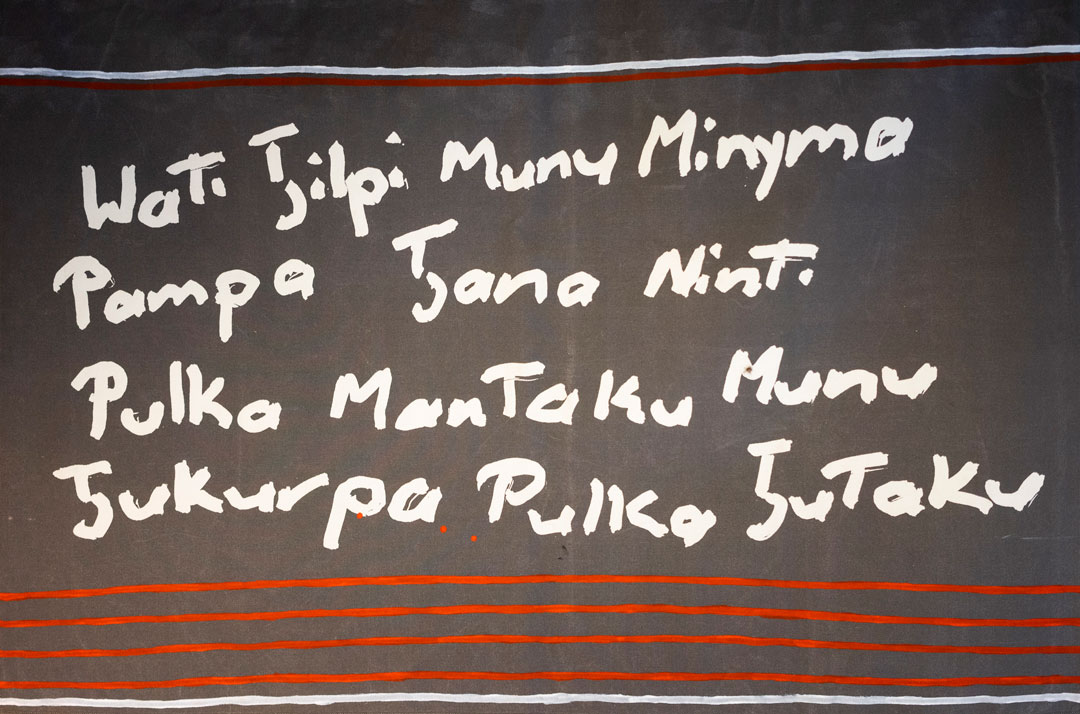 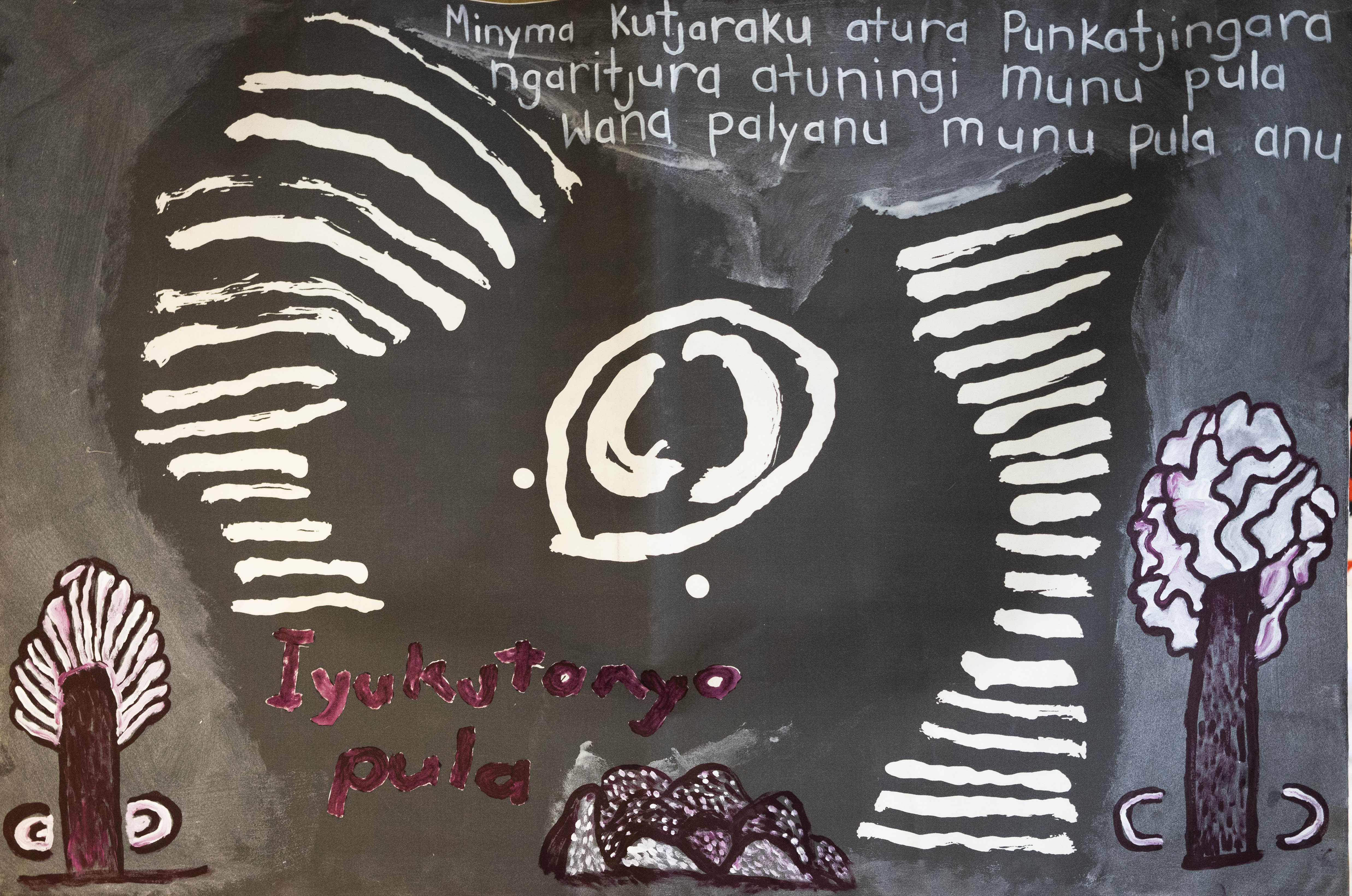